Résumé
"With the arrival of the first quantum computer demonstrators such as those developed by IBM or Google, the field of quantum computing is experiencing a new boom on a global scale. The programming on these prototypes of quantum computers remains today a challenge, in particular concerning adapted algorithms and control of the quantum noise inherent to these computers. The aim of the project is to explore the new opportunities offered by quantum computers to simulate interacting fermions such as nucleons or quarks where it can potentially bring a major breakthrough. While at the international level (mainly US) such exploration has recently started, nobody has yet addressed this problem has currently barely been addressed in France. Our aim during the project is to develop new algorithms to accurately simulate strongly interacting quantum many body systems on quantum computers, for the noisy intermediate scale quantum (NISQ) machines which start to be available now, but also for the general purpose quantum computers which are expected to be developpeddeveloped over next decadessuited for ideal (for long-term) or noisy quantum computers (for short term in the NISQ era) and able to simulate accurately strongly interacting many-body systems. Tentative applications will be made in atomic, nuclear and particle physics." 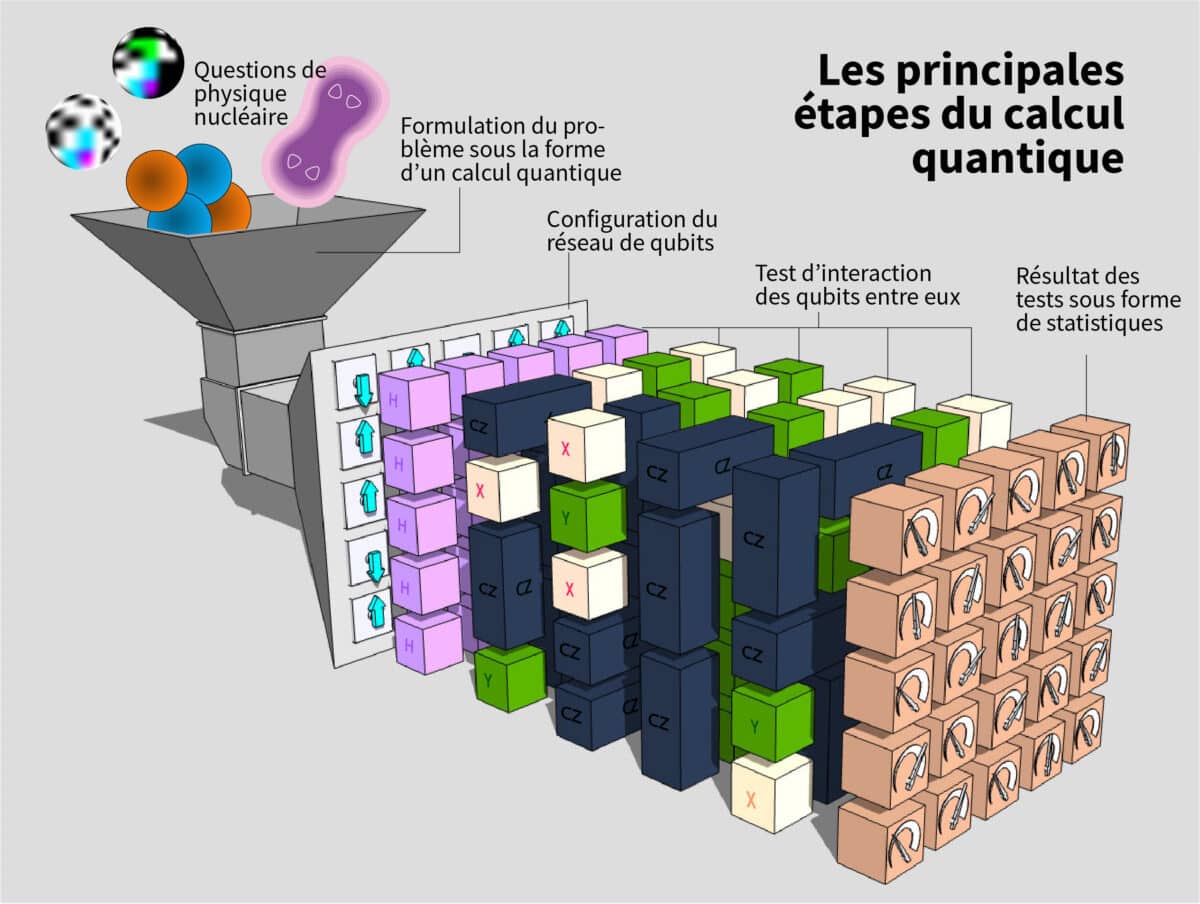