Résumé
Primarily designed for neutrino astronomy, large underwater Cherenkov detectors such as ANTARES also perform fundamental neutrino physics using the abundant flux of atmospheric neutrinos. Those neutrinos traverse the Earth, undergoing flavour oscillations and interaction effects with matter along their path. While the  idea of using these neutrinos as a probe to explore the Earth has already been formulated, the past detectors were enable to reach the required precision and statistics. The NuSET project aims at evaluating the potential of this method to constrain the composition and matter content of the inner Earth with data from the next-generation neutrino telescope, KM3NeT, currently under construction. It will also pave the way to future progress in the field, exploring neutrino detector configurations that would be fully optimized for Earth tomography studies. This project relies on the complementary expertise of the ANTARES/KM3NeT team at APC and of geophysicists experts in the deep Earth at IPGP. 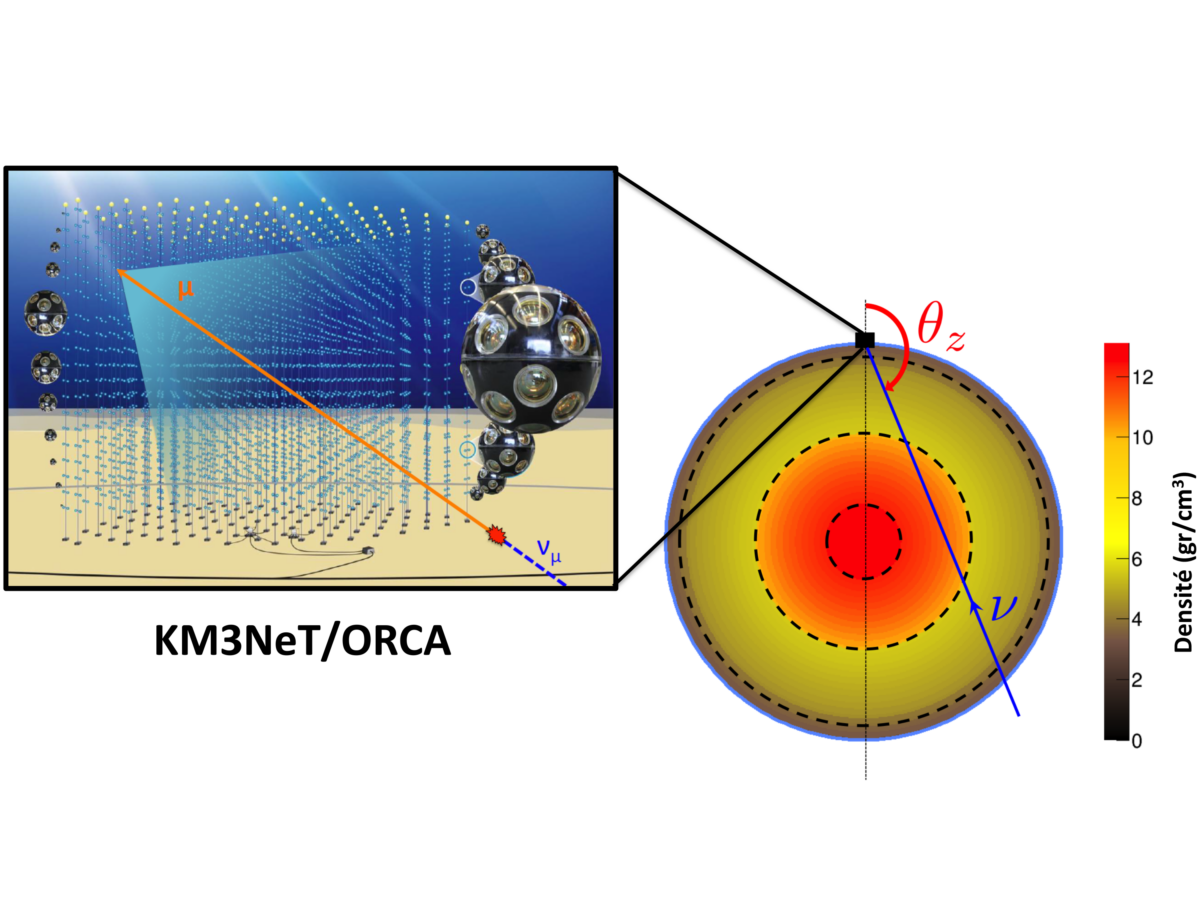