Résumé
AI modeling of human data describing emotional motor behaviors does not exist to date. In a previous project, we demonstrated that machine learning can be used to categorize the gait of professional actors with 72% of good classification performance. The 4 considered affective states were anger (high intensity, negative valence), joy (high intensity, positive valence), sadness (low intensity, negative valence) and content (low intensity positive valence). The published work (Daoudi et al., 2017) was successful only when considering these exaggerated movements. The models were unsuccessful to deliver confirmatory results when applied to more realistic data sets (students cycling or walking).The challenge of KiAImotion will be to create a transdisciplinary consortium to cross views on an ethical design of IA for modeling and shaping human behavior in urban spaces. The psychologists from UMR9193 will work with the computer scientists from UMR 7503 to propose different viewpoints on how to apply deep learning technics to emotional rhythmic movements. By combining knowledge and tools we will extract clusters from the human behavioral traces to build predictive models in a cross-validated way. We set the starting point on the fact that key motor control features are speed and fluency of the gait patterns of walking pedestrians (Dione & Delevoye-Turrell, 2015; Lewkowicz & Delevoye-Turrell, 2019; Jouaiti & Henaff, 2019). WP1 will be a time of exchange around experimental principles, data mining and ethical choices within a 2-day workshop organized in Lille. WP2 et WP3 will consider the collection and AI modeling of data collected with marker-less 3D motion cameras. The key deliverable, high scientific impact and high risk outlook, will be to create an interactive urban space that adapts its sensorial properties as a function of the affective states that will have automatically been classified by AI decoding. 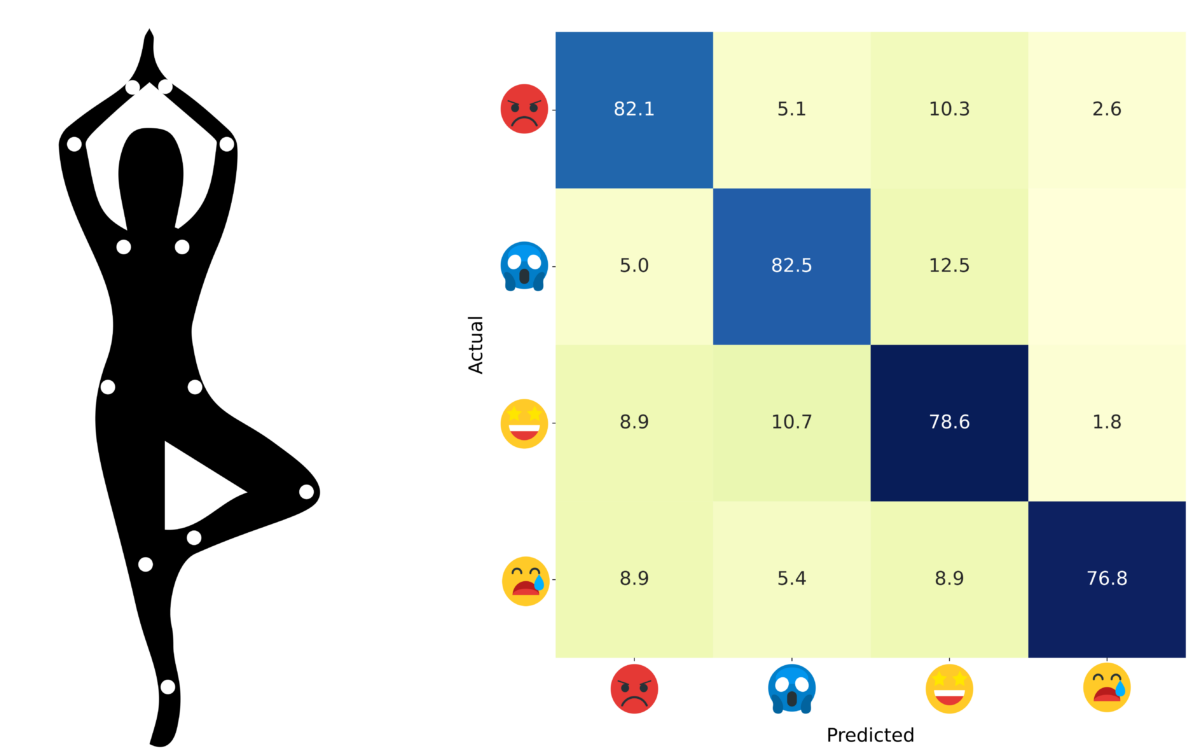