Résumé
Conformist behaviour is considered a major force generating culture and its suite of evolutionary consequences, particularly - but not exclusively - in human evolution. This project undertakes a comparative study of conformist learning in humans and in the fruit fly Drosophila melanogaster, with the ultimate goal of better understanding the deep nature of human conformist behaviour. The aim is to 1) categorize types of social learning; 2) to explore the molecular, cellular, physiological and psychological mechanisms involved; and thereby 3) to unravel whether human conformist learning has been built on mechanisms that already perform a similar function in other species, or whether on wholly new mechanisms that are specific to humans.The graphical abstract presents the types of experiments currently performed on conformity in mate choice in humans (upper left corner) and Drosophila (lower right corner), added to the general model that is usually used to formalize conformity (sigmoid curve in red, after Boyd & Richerson 1985) and the one we propose in a paper currently submitted (in blue). 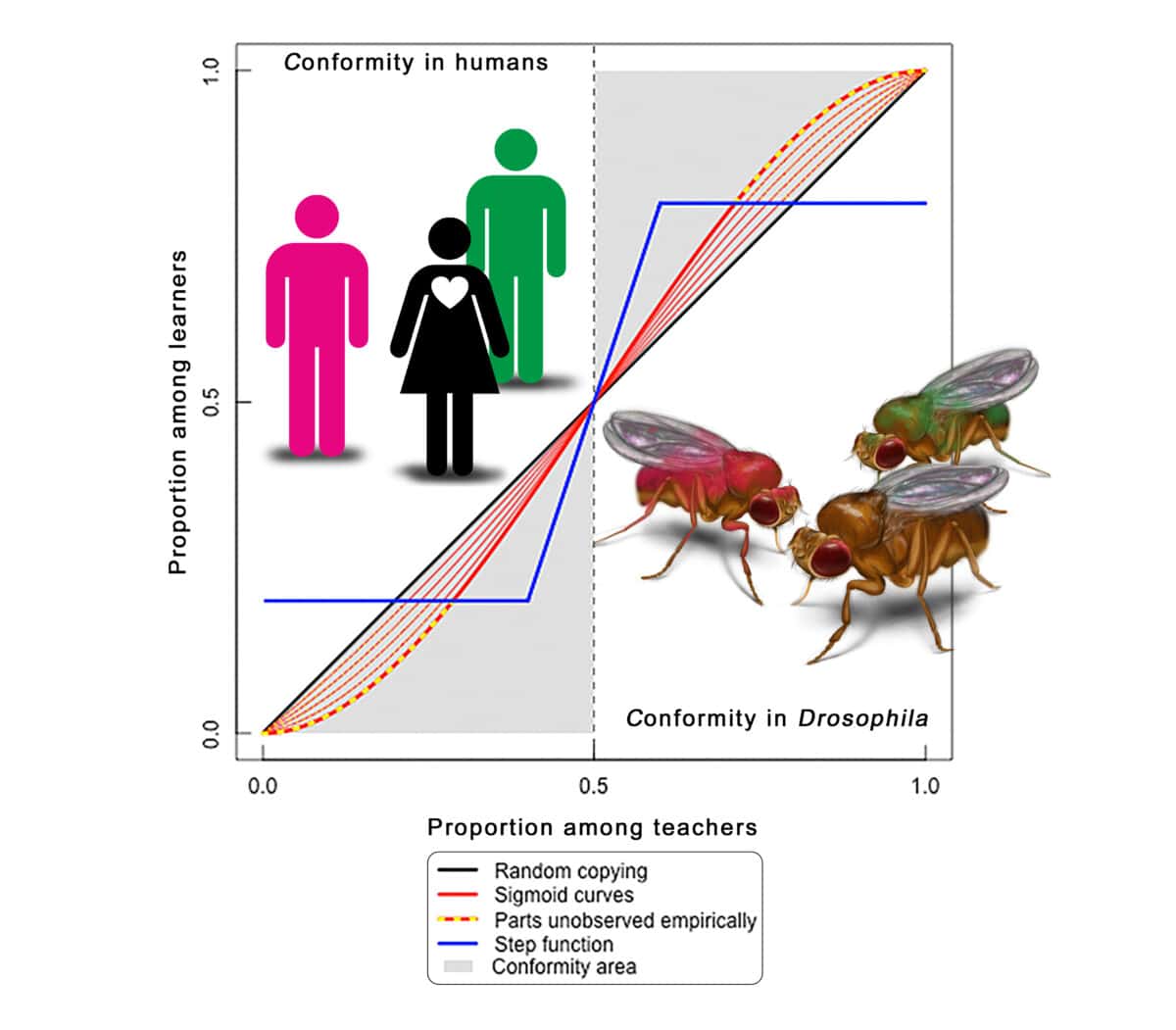