Behind the dead-water phenomenon 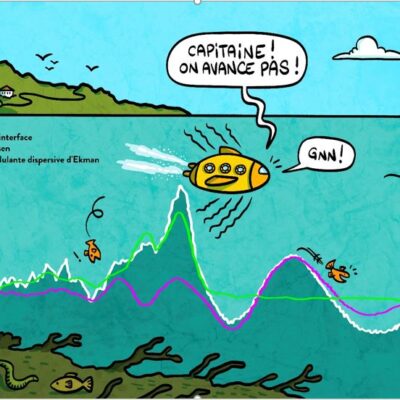 What makes ships mysteriously slow down or even stop as they travel, even though their engines are working properly? This was first observed in 1893 and was described experimentally in 1904 without all the secrets of this “dead water” being understood. An interdisciplinary team from the CNRS and the University of Poitiers has explained this phenomenon for the first time: the speed changes in ships trapped in dead water are due to waves that act like an undulating conveyor belt on which the boats move back and forth. This work was published in PNAS on July 6, 2020.

In 1893, the Norwegian explorer Fridtjof Nansen experienced a strange phenomenon when he was travelling north of Siberia: his ship was slowed by a mysterious force and he could barely manoeuvre, let alone pick up normal speed. In 1904, the Swedish physicist and oceanographer Vagn Walfrid Ekman showed in a laboratory that waves formed under the surface at the interface between the salt water and freshwater layers that form the upper portion of this area of the Arctic Ocean interact with the ship, generating drag.

This phenomenon, called dead water, is seen in all seas and oceans where waters of different densities (because of salinity or temperature) mix. It denotes two drag phenomena observed by scientists. The first, Nansen wave-making drag, causes a constant, abnormally low speed. The second, Ekman wave-making drag, is characterized by speed oscillations in the trapped boat. The cause of this was unknown. Physicists, fluid mechanics experts, and mathematicians at the CNRS’ Institut Pprime and the Laboratoire de Mathématiques et Applications (CNRS/Université de Poitiers) have attempted to solve this mystery. They used a mathematical classification of different internal waves and analysis of experimental images at the sub-pixel scale, a first.

This work showed that these speed variations are due to the generation of specific waves that act as an undulating conveyor belt on which the ship moves back and forth. The scientists have also reconciled the observations of both Nansen and Ekman. They have shown that the Ekman oscillating regime is only temporary: the ship ends up escaping and reaches the constant Nansen speed.

This work is part of a major project1 investigating why, during the Battle of Actium (31 BC), Cleopatra’s large ships lost when they faced Octavian’s weaker vessels. Might the Bay of Actium, which has all the characteristics of a fjord, have trapped the Queen of Egypt’s fleet in dead water? So now we have another hypothesis to explain this resounding defeat, that in antiquity was attributed to remoras, ‘suckerfish’ attached to their hulls, as the legend goes. 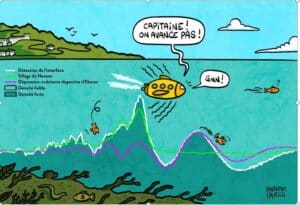 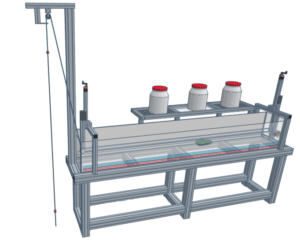 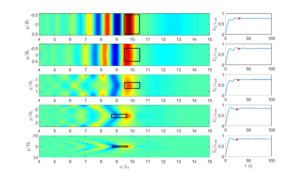 1 This work was financed by the interdisciplinary call for tenders 80|Prime 2019 (OFHYS project) and by the CNRS’ Mission for Interdisciplinarity.